MMC companies are raising salaries for employees. Social projects of enterprises were discussed at the AMM Congress.

On June 16-17, 2022, the 12th International Mining and Metallurgical Congress was held in Nur-Sultan, the central topic of which was the contribution of the MMC to the social and economic development of Kazakhstan. AMM has once again become a central and, importantly, a productive platform for dialogue between the state and business. The Congress was attended by 817 delegates from 13 countries, including Austria, Great Britain, Germany, Iran, Canada, Cameroon, Mongolia, Norway and Republic of South Africa. In total, the program includes 16 sessions with the participation of representatives of the state apparatus, representatives of business, industry unions and world-famous experts. The exhibitors of the exhibition were 21 companies from Kazakhstan, China, Russia and Switzerland. 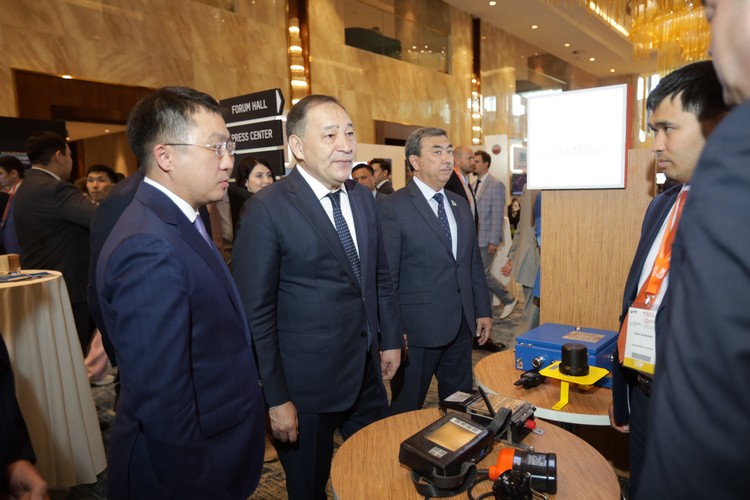 In 2021, the MMC sector provided about 30% of the total industrial production in the country, or 11 trillion KZT in money terms. At the same time, the industry shows growth from year to year: if in 2021 metal ores, for example, were extracted by 3.3 trillion KZT, then in 2020 this indicator was equal to 2.2 trillion KZT. Processing in metallurgy is even greater – the volume of output there last year reached 7.7 trillion KZT against 5.7 trillion KZT the year before. 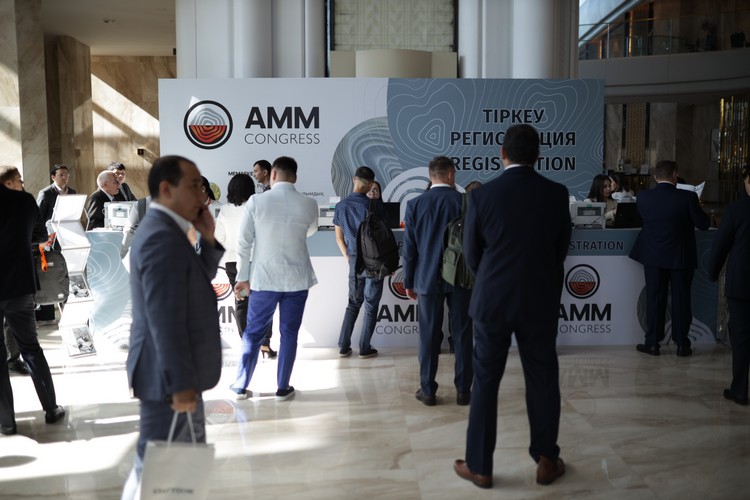 Despite the fact that the Mining and Metallurgical Complex supports economic growth, it makes a great contribution to the social and economic development of Kazakhstan. Over 230 thousand citizens work in the MMC, and the industry itself forms 15.4% of the republic's GDP. The government has adopted a plan to rise the incomes of the population until 2025, and a special role in it is assigned to the MMC as a stable and developing sector of the economy. At the same time, metallurgists are already raising salaries for employees – on average, salaries at their enterprises have increased by 26% since the beginning of the year. For example, at the Kazakhmys industrial sites the growth was 30%, ERG – 25%, Kazzinc – 30%, KAZ Minerals – 15%, ArcelorMittal – 37%. All these indicators were announced by Yeraly Tugzhanov, the Deputy Prime Minister of Kazakhstan, in his speech during the Plenary session. He also took part in an introductory tour of the exhibition together with other honorary guests of the Congress, including M. Karabayev, the Vice-Minister of Industry and Infrastructure Development of the Republic of Kazakhstan, S. Akishev, a member of the Committee for Economic Reform and Regional Development of the Majilis of the Parliament of the Republic of Kazakhstan, representatives of Embassies and Consulates General in Kazakhstan. 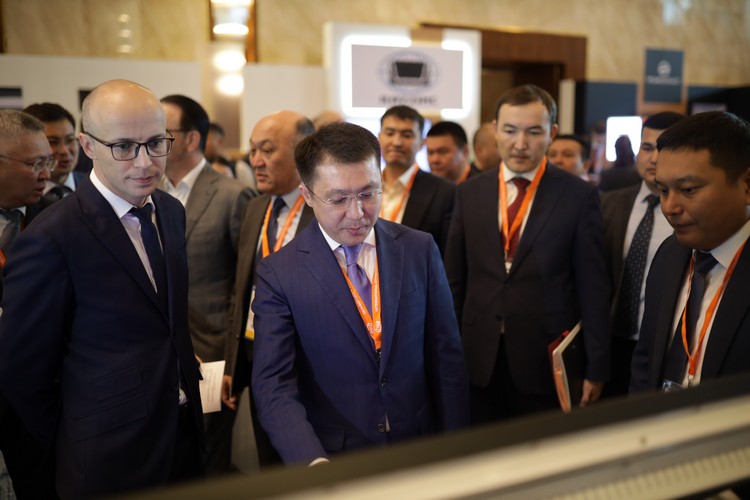 Focusing on the social side of the industry, the government does not forget about its support. The Cabinet of Ministers is working on providing domestic raw materials to domestic processing enterprises – this will allow us to reach a new level in the development of the manufacturing sector. "The provision of raw materials is an important and key measure to stimulate the development of the manufacturing industry. I would like to thank for the initiative and ask you to intensify work in this direction", - Yeraly Tugzhanov, the Deputy Prime Minister of Kazakhstan, noted. Also in the Plenary session as speakers were Oumar Ali, the Secretary General of the Ministry of Mining, Industry and Technological Development of the Republic of Cameroon, A. Gaidin, the First Deputy Chairman of the Management Board of Kazakhmys Corporation LLP, N. Radostovets, the Executive Director of Republican Association of Mining and Metallurgical Enterprises Association of Legal Entities, G. Rubin, the Senior Partner and Managing Director of BCG. 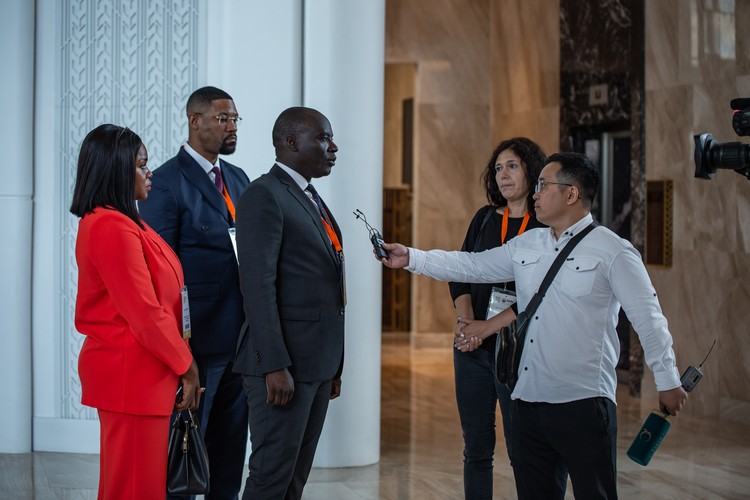 The Congress program made it possible to discuss the most relevant topics at several venues of the event. On the first day, the III Forum of Gold Industry Entrepreneurs was successfully held in partnership with the DRAGMET Association. The forum was attended by R. Yurtayev, the Associate Partner, representative of the Department of Tax and Legal Services of Ernst & Young Kazakhstan LLP, Z. Zholdasov, the Chairman of the Committee for Environmental Regulation and Control of the Ministry of Ecology, Geology and Natural Resources of the Republic of Kazakhstan, D. Kanashev, the Chairman of the Management Board of AK Altynalmas JSC, K. Dosmukametov, the General Director of Polymetal - Eurasia LLP, K. Baitov, the Deputy Executive Director of the Republican Association of Producers of Precious Metals Association of Legal Entities, Zh. Baigabelov, the Chairman of the Management Board of Maker LLP, A. Beklemishev, the Vice President of IDC for the CIS region, K. Zhumagaliyev, the Chairman of the Management Board of League of Jewelers of Kazakhstan Association of Legal Entities, A. Sembin, the Adviser to the General Director of Tech Garden Autonomous Cluster Fund, and others. Marat Karabayev, the Vice Minister of Industry and Infrastructure Development, noted the strategic importance of the Gold Industry Entrepreneurs of the industry. Experts discussed the issues of changing legislation to attract investors to the MMC of Kazakhstan, global trends in supporting the precious metals industry, tax benefits and preferences, the impact of changes in the tax regime on the investment attractiveness of gold mining projects. Within the framework of the forum, honored employees of the industry were awarded with "Кенші даңқы" signs of the III degree. 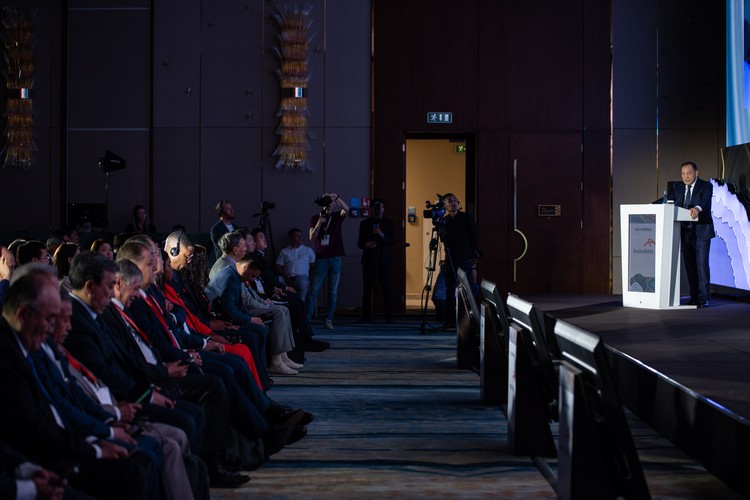 The content of the business events of the first day also included a round table "Application of innovative technologies and methods in exploration works" in partnership with ERG Exploration, a case session on digital transformation, a Panel session "Decarbonization of the economy: challenges for enterprises of the Mining and Metallurgical sector" in partnership with ECOJER, a Panel discussion "Interaction with the local community of manufacturers and the ESG concept" in partnership with Haller Lomax. 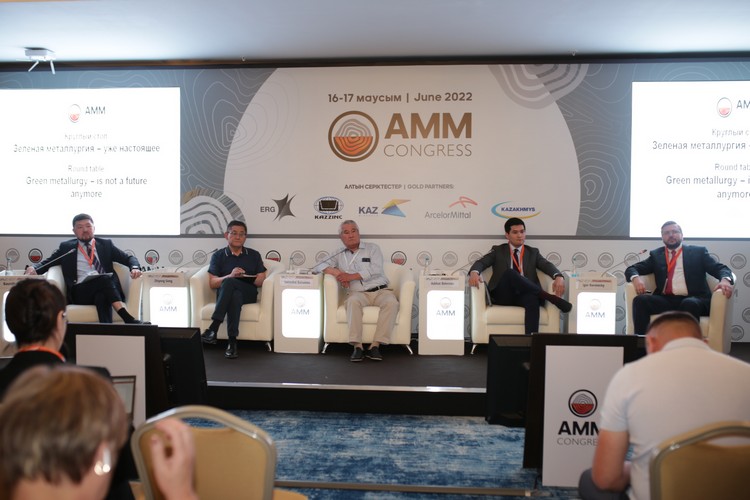 The III Forum of the Coal Industry of Kazakhstan, dedicated to the development of the coal industry in the conditions of energy transition, opened the work of the second day of the AMM Congress. As Turar Zholmagambetov, Deputy Chairman of the Committee for Industrial Development of the Ministry of Foreign Affairs of the Republic of Kazakhstan, noted in his speech at the opening of the forum, today the coal industry of the country provides about 70% of electricity generation, one hundred percent loading of coke production, fully meets the fuel needs of the municipal sector and the population of the country. About 30 thousand people work in the industry. According to T.  Zholmagambetov, an important point for the Ministry is the provision of coal to the domestic market, including mainly the population and the domestic household. The speakers of the event were also N. Radostovets, the Executive Director of the Republican Association of Mining and Metallurgical Enterprises Association of Legal Entities, O. Agabekov, the Director of the Department of Climate Policy and Green Technologies of the Ministry of Ecology, Geology and Natural Resources of the Republic of Kazakhstan, T. Temirkhanov, the Chairman of the Kazakhstan Electric Power Association, as well as the heads of coal enterprises. 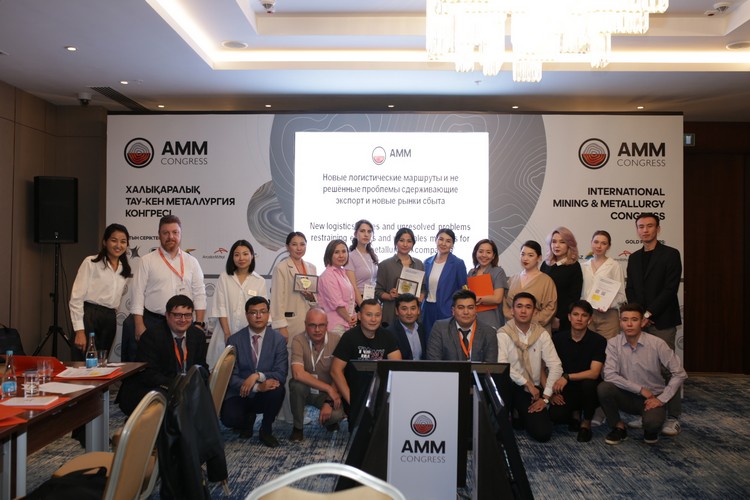 Association of Mining and Metallurgical Enterprises also held a round table on personnel training issues, the DRAGMET Association held a closed meeting on the innovative transformation of the industry and a round table on the development of the jewelry industry of the Republic of Kazakhstan. A new format for the Congress - a dialogue platform with the participation of Qazindustry, subsoil user companies and suppliers, was created for the purpose of high-quality transmission of procurement information and next year the organizers plan to increase its scale. The topic of the value of human capital was also read on the second day of the Congress. The Panel session from KAZ Minerals was devoted to the corporate culture issues, practical cases of GR's work in new realities during the master class were shared by Philippe Pegorier, the invited expert of Kesarev. Kazakh Invest held a round table dedicated to "green metallurgy". A Green Agenda intellectual game (together with EY) was devoted to the same topic for the first time. The moderator of the game wasViktor Kovalenko, the Head of EY's Sustainable Development Services Practice in Central Asia, the Caucasus and Ukraine. After a hard struggle, the winner of the game was the Greenway team, which consisted of players from Ecojer, ERG and Kazakhmys companies. 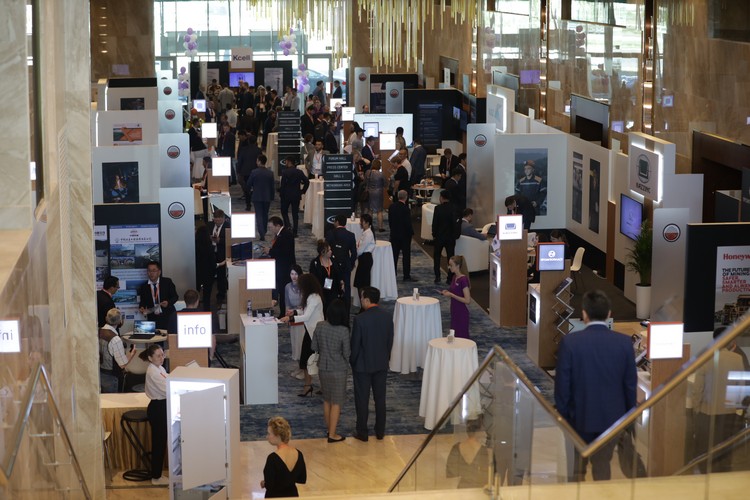 According to tradition, the annual industry competition - "Golden Hephaestus" was held during the AMM days, where leading MMC specialists, as part of a competent independent jury, awarded the best representatives in the Mining and Metallurgical Sector for their professional merits. The competition was held in 14 nominations, in 2022 the maximum number of applications for participation in the competition – 202 participants from 46 companies was recorded. Also, in accordance with the challenges facing the New Kazakhstan, a new nomination - "The Best ESG Strategy" was established.

Every year, since 2016, b2b and g2b meetings have been held with subsoil user companies of Kazakhstan. In 2022, the delegates and participants of the exhibition also had the opportunity to hold a business meeting with representatives of the largest companies, so 107 productive meetings were held during the AMM days.

State Partner: Ministry of Industry and Infrastructure Development of the Republic of Kazakhstan

The organizer of the event was ITECA, the Kazakhstan Exhibition Company.

MINING AND METALS CENTRAL ASIA 2022: REFLECTION OF THE DEVELOPMENT OF THE MMC OF THE REPUBLIC OF KAZAKHSTAN AND GLOBAL INDUSTRY TRENDS. - The 27th Central Asian International Exhibition of Mining Equipment, Production and Concentration of Ores and Minerals will be held on 20-22...
Friday, 05 August 2022

NEW DEVELOPMENTS IN THE CONSTRUCTION, ARCHITECTURAL, AND DESIGN INDUSTRIES AT KAZBUILD 2022 - The 28th Kazakhstan International Construction and Interiors Exhibition KazBuild will open its doors on September 7-9 at the Atakent Exhibition...
Friday, 22 July 2022

INNOVATIVE SOLUTIONS FOR BUSINESS IN THE HOUSING AND UTILITIES SECTOR AT AQUATHERM ALMATY 2022 - The 14th International Exhibition of household and industrial equipment for heating, water supply, plumbing, air conditioning and ventilation...
Friday, 22 July 2022

MMC companies are raising salaries for employees. Social projects of enterprises were discussed at the AMM Congress. - On June 16-17, 2022, the 12th International Mining and Metallurgical Congress was held in Nur-Sultan, the central topic of which was the contribution...
Thursday, 23 June 2022

Why Trade Shows Are Still Important - If someone tells you trade shows are yesterday’s news, they are making a gross miscalculation. There are no bad marketing strategies. Everyone is...
Wednesday, 04 March 2020